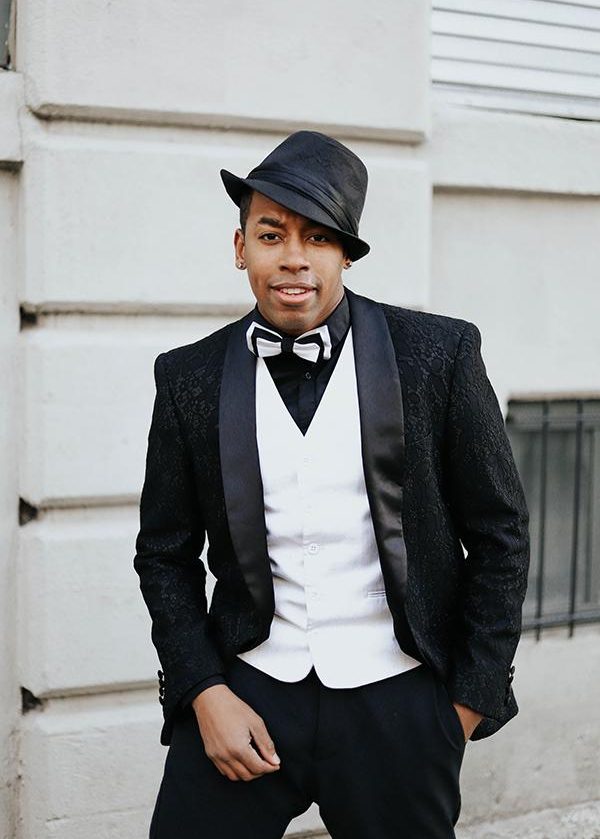 Robert Taylor Jr. is an American entertainer whose goal is to inspire and spread love and peace to people of all ages through music and dance. He was born and raised in Coney Island and developed a love for music and dance as a young child. He went to John Dewey High School and trained under the late John Goring in the styles of Modern, Ballet, Afro Caribbean, and Jazz. During this time, Robert’s first Hip-Hop teacher, also a student of John Goring, was Eddie Morales. He graduated from Marymount Manhattan College with a B.A. in Dance and a minor in Musical Theatre, where he studied the Graham, Horton, and Limon techinques, as well as acting, theater, and other styles of dance. He also performed in several musicals, including New Girl In Town and The Boyfriend.

Later, Robert went on to study with teachers such as Brian Green, The Amountboyz, Jared Grimes, Ephrat “Bounce” Asherie, Eric Jenkins, Jamie Jackson, Future, Eric Negron, and Spex. He performed for Michael Jackson, in 2002 with a singing/dancing group called Uneti.

Robert was selected as one of the nation’s top 20 contestants for Season 8 of So You Think You Can Dance, and made it to the top 16. Other credits include American Idol Season 3, So You Think You Can Dance Season 2, MTV’s ‘Say What? Karaoke, Kat Deluna’s Whine Up music video, and the national tour of Hairspray as a singer/dancer/actor in 2008. He has performed for Michael Jackson at Webster Hall for the Sony Music protest party, and danced for L.L. Cool J at Carnegie Hall for the CBS Network Rundown (choreographed by Gio Hubela from Iconic). He also performed with Rihanna as a recording artist/entertainer for the Peace and Love festival in Sweden in 2012. Robert recently performed in Rihanna’s Budweiser commercial with fellow faculty member Anthony Rue II aka AntBoogie. This past summer, he was a part of America’s Got Talent as a finalist with The Mothmen. Recently he worked with Sarah O’Gleby for a Target industrial in which John Legend was the character of The Rat King.

Robert’s latest accomplishment was being in the original Broadway cast of the Tony Award winning musical SpongeBob SquarePants.