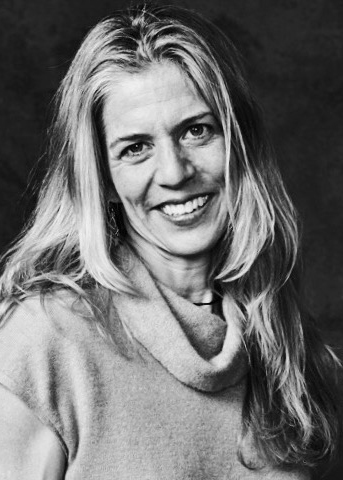 Sue Jaye Johnson is a Peabody award-winning journalist, filmmaker and writer exploring the ways cultural expectations shape our public and private behavior. As a TED Resident, she has been writing and speaking about pleasure, sense education. Her TED Talk, What We Don’t Teach Kids About Sex, has been viewed 2.5 million times and is translated into 27 languages.

For more than 20 years, Jaye has pioneered new forms of storytelling to engage audiences in conversations about social justice issues around the world, from the US Criminal Justice System, women boxers, AIDS, and the legacy of apartheid in South Africa. Much of her work has centered the voices of young women. She produces the annual BRAVE GIRLS Festival, bringing together young women for a day of activism, movement and connection.

Jaye is a recipient of a Creative Capital award for her pioneering interactive documentary about US prisons. Her first feature film, T-Rex (PBS, Netflix) followed 17-year-old boxer Claressa Shields from Flint, Michigan to the gold medal at the London Olympics. Her work has been broadcast on PBS, NPR, WNY and published in The New York Times and The Washington Post.